The famous Islamic saint Rabiya was seated in her courtyard in deep ecstasy, singing the praises of God. Just then a man passed by with a cloth tightly wound around his head. Agony and discomfort were evident on his face. Rabiya stopped and asked him what his problem was to which he replied that he was suffering from a splitting headache. She called him by her side and asked him to take off the cloth and prayed for him. He was instantly healed and thanked her for her prayers. As he was about to take leave, Rabiya smilingly asked him, "You were displaying your agony so openly all the while by tying the cloth. How are you going to openly show gratitude now for what the Lord has done to you?"

The man was struck by her words and promised her that he would show his gratitude by singing the Lord’s praises to everyone.

This beautiful story highlights one of the tendencies of the human mind to always highlight suffering and misery excessively to the extent that we often fail to recognize the help, love and kindness that have been shown to us.

Gratitude is to recognize the numerous instances of help and kindness we have experienced, which inevitably helps us realize that life could have never been so without the support of all the people, situations etc. Much of our lives have been spent feeling on what we do not have, failing to realize how much we already have. It is only when you recognize how much you have received over the years that you care less for your losses. When you realize what you are, who you are, your success, your joy, your happiness, your standing in life as a human being, is a coming together of myriad factors and not the outcome of a single individual’s work alone, you are humbled by life. Recognizing this interdependence of all creation is gratitude.

Oneness University observes November 14th each year as the Day of Gratitude, since gratitude according to us is the highest human emotion.

As a token of gratitude towards our family members, friends, colleagues and all those who have been a part of our life, let us dedicate this month recognizing their invaluable presence in our life, in simple acts of life or insignificant moments when they spontaneously reached out to us. Let us also engage ourselves consciously in acts that bring joy to another. 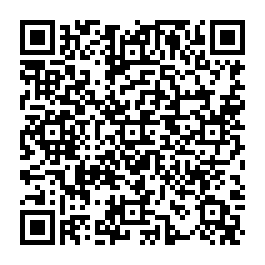